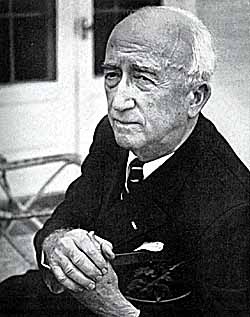 Seldom does a man significantly affect the world around him during a lifetime. A remarkably fewer number continue to influence other lives after their own passing. One of these remarkable men was James Francis Byrnes, South Carolina's most distinguished citizen.

His career in public service is well documented in the history of the 20th century. When one looks at his brilliant career in public service, it becomes even more remarkable that he said on many occasions that the most rewarding thing that he and Mrs. Byrnes ever did in their long lives was to start the James F. Byrnes Foundation, which has provided the means and the inspiration for hundreds of South Carolina's young men and women to achieve college educations. His legacy is continued in the lives of these men and women who proudly bear the designation Byrnes Scholars.

In 1949 the scholarship award was $500 per year. Now the amount is $4,500 and is renewable annually for as many as four years if the student is making satisfactory progress towards a degree. To date, over $3,500,000 has been spent on scholarships and student activities. Despite these impressive figures, Byrnes Scholarships are not simply cash awards. Other benefits include a summer luncheon, fall dinners, and a weekend retreat at Garden City Beach, SC, in the spring.

In 1964, a separate voluntary organization was formed by recipients of Byrnes Foundation Scholarships and functions as a supporting arm to the Foundation. More than 1,000 James F. Byrnes Scholarships have been awarded since 1949 -- young men and women who constitute a living memorial to "Mom" and "Pop" Byrnes. There are usually about 25 Byrnes Scholars attending the college of their choice during a given year.

Eligibility And Requirements For Byrnes Scholarships

Since the first scholarships were awarded by Governor James F. Byrnes in 1949, more than 1,000 young South Carolinians have been assisted in obtaining a college education.

Scholarship recipients are named by the directors of The James F. Byrnes Foundation after preliminary screening to determine semifinalists and personal interviews with those semifinalists. Scholarships are for four years (or less for students already in college) and are contingent upon the recipient's maintenance of adequate academic standing, personal involvement in the program for Byrnes Scholars and continuing need for financial assistance. Application blanks are available from the Foundation office in Columbia or by downloading from this site using the link below, and completed applications are to be submitted by snail-mail to that office by February 6 of the scholarship year. The new scholars are announced in May, and the scholarships become effective for the school term beginning the following fall.

A Byrnes Scholarship, More Than Money

The James F. Byrnes Foundation is unique among such foundations because of its emphasis on personal involvement with those who are awarded scholarships. All students in college are expected to participate in three activities during the year. Many former scholarship recipients also attend these functions.

The application process for 2023 is closed. Scholarship announcements will be posted to the website in early June. The application for 2024 will be available December 2023. Please check back then.